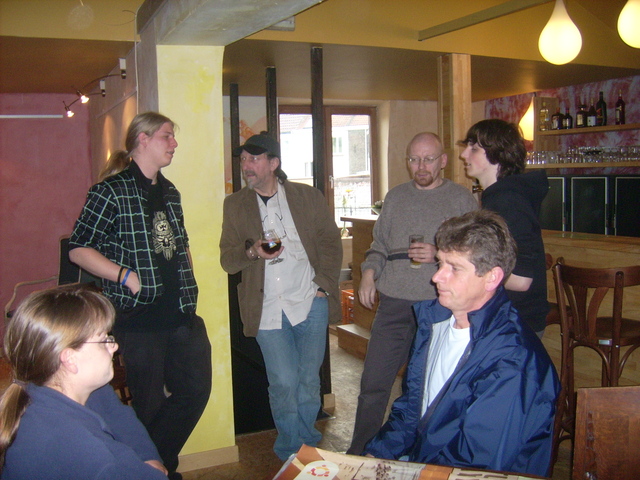 We decided that we'd organize a RP at Ghent and created a doodle to know the preferred dates. This was 4 week before the event took place, which in my opinion was way too late. We've lost a lot of time waiting for a confirmation of the location (Curieuze Neuze). When we got that, there were only two weeks left until the event. I won't go into detail, as it was quit chaotic. Jean7491 and my roommate created the Promotional posters/flyer's. On the #ubuntu-be channel we got some people to bring stuff and prep talks. All the info went down onto my blog and was linked on a variety of websites, send to mailing-lists etc...

There were some complications getting there due to striking public transportation and the street having 2 different names (thus 2 times the same house-number). I arrived at 6 o'clock and Jean was already present! Jean arranged the power-cables and pointed out where the beamer & speaker should be placed. At 19h there were 9 people present, while there were 18 people subscribed on the website. So we waited for the other people to start the talks. In that time people sat together and we already had a nice meet&greet – part1, while other people joined us.

When people finished their meal, we started the talks (20h30). We kept them very short, as they were mostly improvised on the pot. I did a few “welcome” lines, JanC did some talk on Ubuntu/Ubuntu-be and Nick_vh talked on the se of Ubuntu in a business model.

For the next meetings, we need better schedules and prepared talks

After the talks, the most people stayed a while to have some chats on Ubuntu and Ubuntu-related stuff. There were some Ancient users as new first-time users as well. Some of the users even found their way to the sample books on Ubuntu that were available for consulting. There was one Fresh Ubuntu installed on someone's computer. At the end we went into the problem of Nick_vh's laptop, that wouldn't play flash while having compiz enabled.

Others played Frets On Fire =) As the people started to leave, others started cleaning up. There wasn't that much cleaning work to do, as each individual just took his belongings and putted it away.

The last 5 of us went down and stayed till somewhere in the morning. (I took my tram home) :)Conclusion The event was a great success as there were 30 attendants, mixed new users and pro's. The most important point to improve for the next release is the prep-timing and organization, as we looked like a bunch of amateurs to out-standers during the talks. 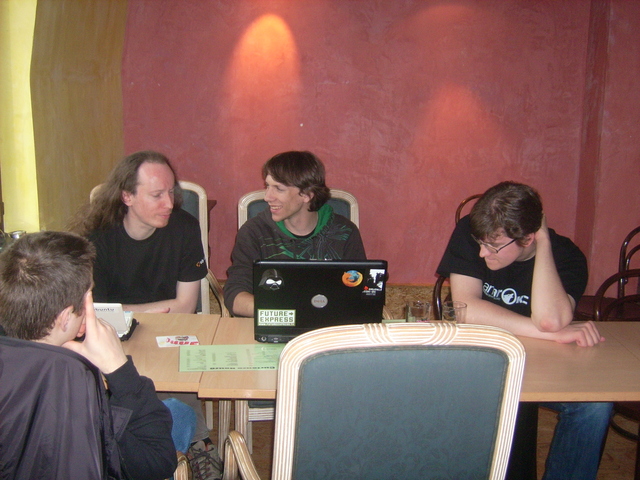 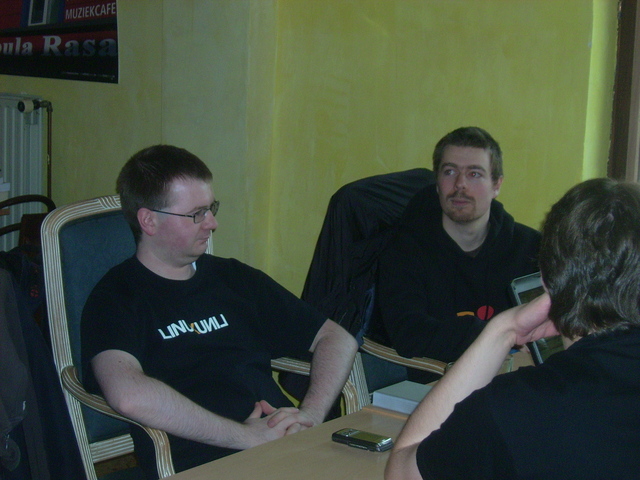 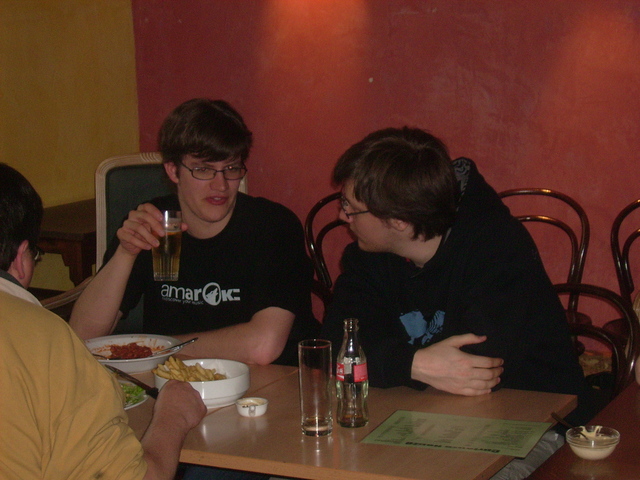 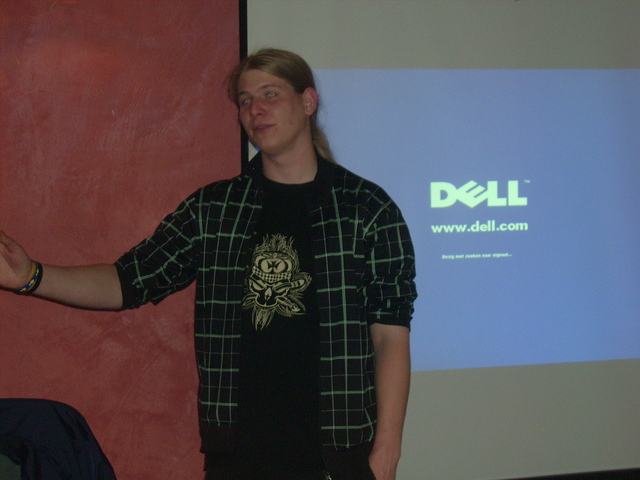 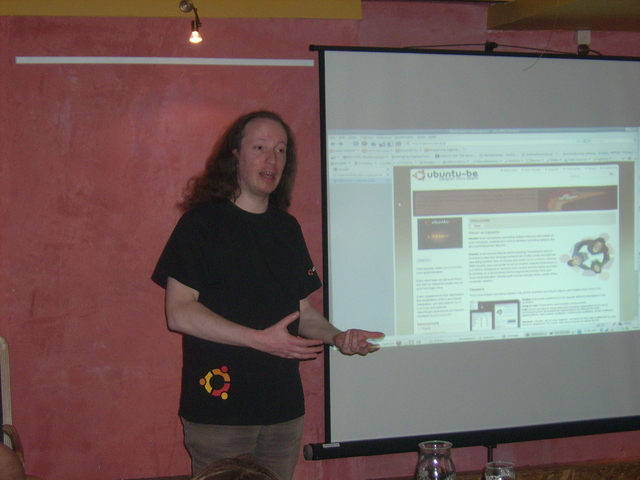 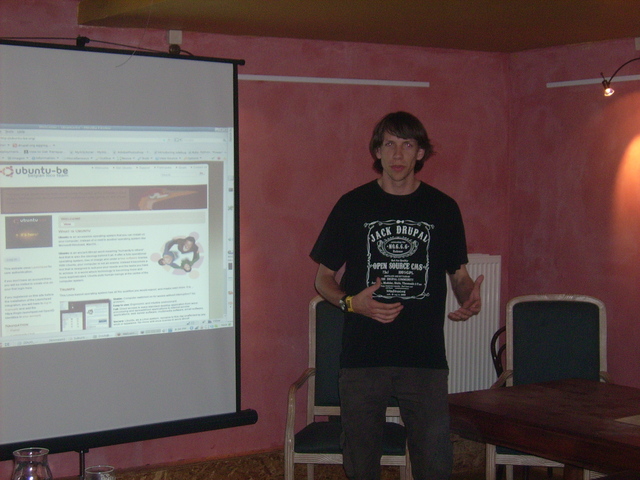 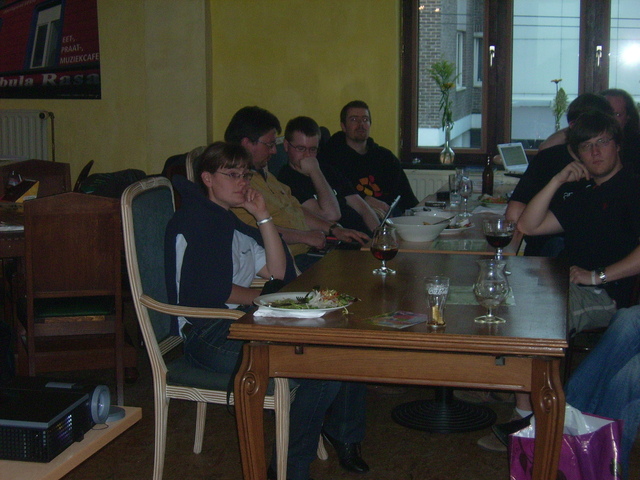 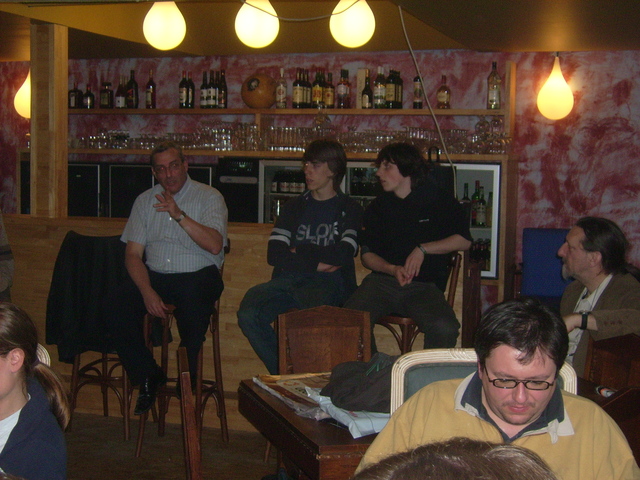 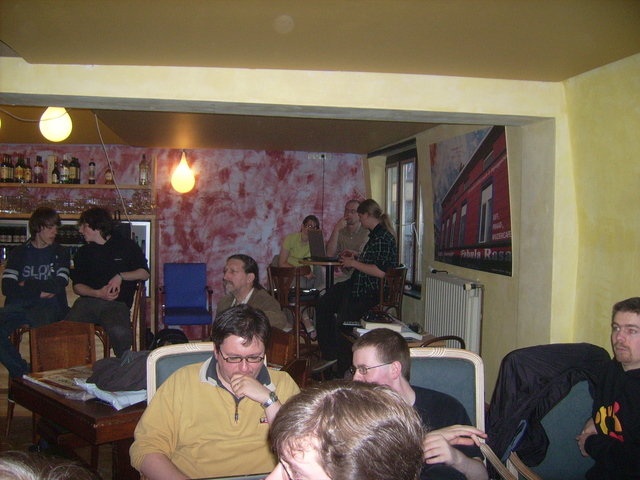 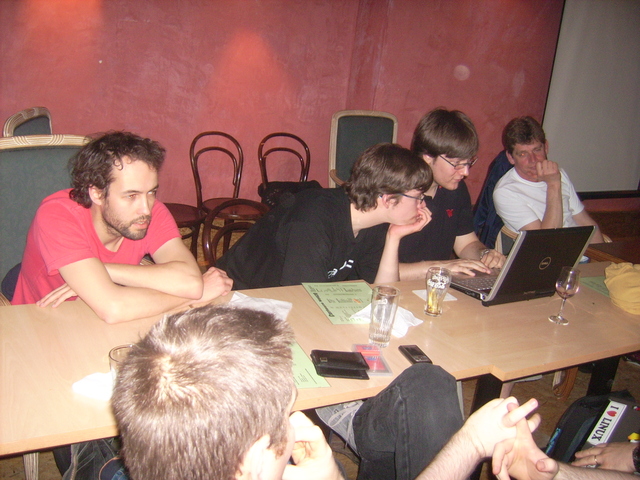 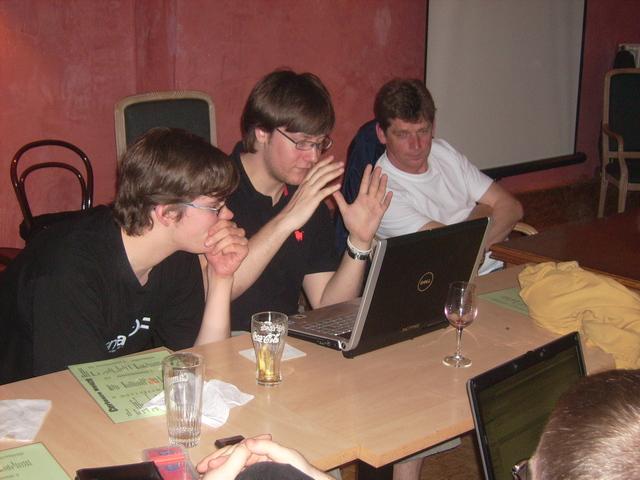 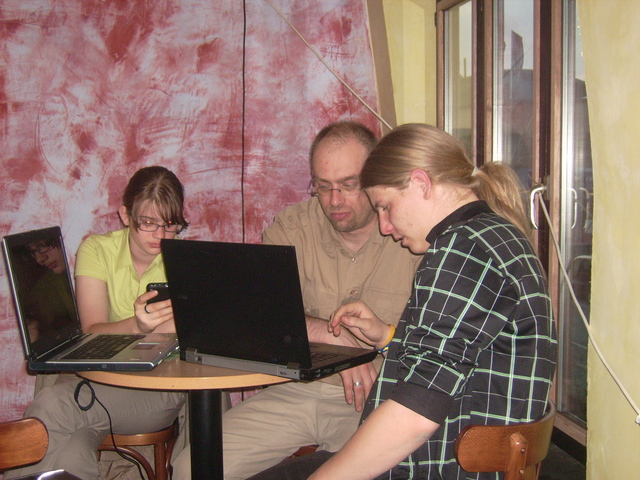 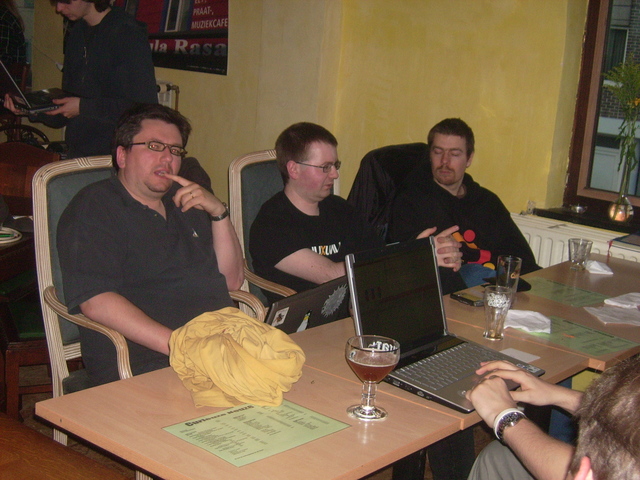 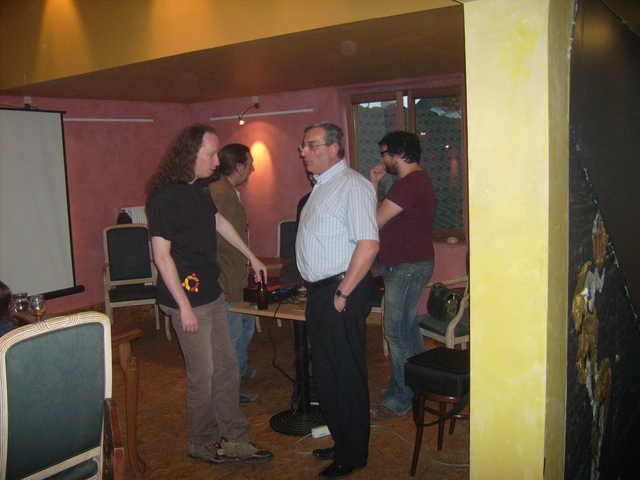 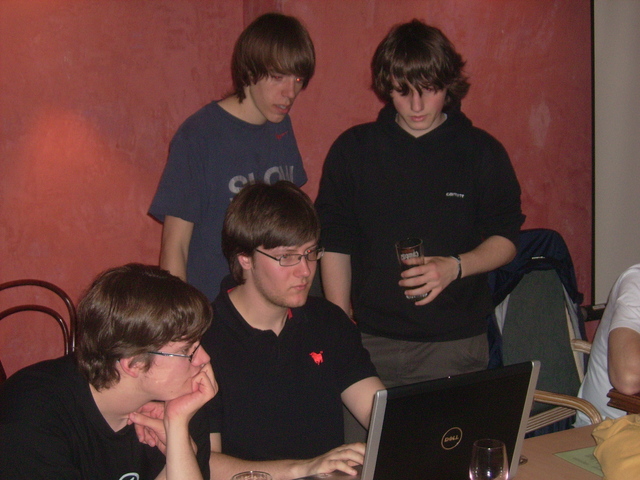