This Ubuntu fair took place in Flanders Expo in Ghent. (Instead of the usual ICC building). Kenneth arranged transport, so we could take our material to the fair. When we arrived there we took our inflatable Tux-pinquin and walked towards our booth. Which made it easy for David to recognize us.

Pieter was already waiting at the booth. We briefly introduced each other and unloaded our materials. We brought many interesting stuff. Kenneth brought a Fluxbuntu laptop, Pieter a KDE4 version, Dieter some Compiz Fusion stuff, and David a kick-ass laptop.

A bit later Cedric joined us. He could help us out with the French visitors, which was very handy.

At 10 o'clock people entered the fair. And soon lots of people came to our booth, asking us about Ubuntu. People were impressed by the great usability. We noticed lots of people who already knew it and used. Most of them were very happy with it.

Time flew by, and soon it was 5PM, as we cleaned up the booth. Afterwards we went to drink something at the Overpoort Bowl. I really enjoyed myself, I hope the rest did too. See you next fair! 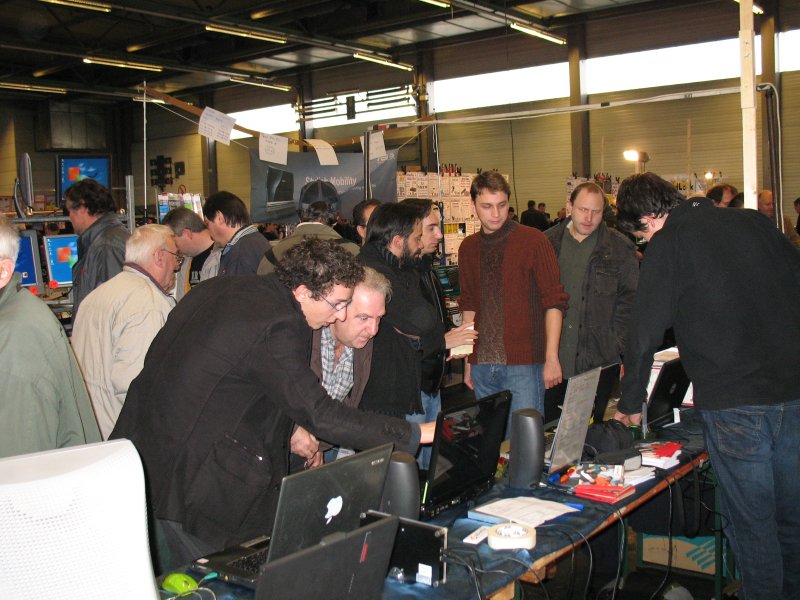